A modifier is a word or phrase that describes something.

There are two common types of modifiers in the English language:

Confusion can be caused when a modifier is placed too close to some other word that it does not intend to modify. The result can be humorous, but it is grammatically incorrect. Look at the following examples:

The next book that we will be reading for one college, one book is ‘Nineteen Eighty-Four’ by George Orwell.

It was first published in 1949 and is Orwell’s prediction of a dystopian future. It is set in Oceania, a society of perpetual war, constant government surveillance and incessant public mind control. It is repsonsible for giving us the terms ‘big brother is watching you’ and ‘room 101’.

A lot of students who read ‘Dracula’ in October found the language a little difficult and the story a little long. I hope that this one will be more appealling!! 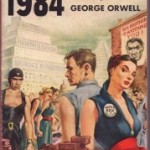 The following list was compiled by Darragh McManus of The Guardian newspaper specially for this time of the year. These are novels that are ‘eerie, horrifying or disturbing in unusual and different ways’.

Fetishism, psychic dislocation, unhealthy obsession – ‘Manual’ isn’t an easy book to warm to, but it will linger in the mind afterwards. Sometimes gruelling, but worth it if only for the wholly original style: terse, often unrelated sentences, tiny explosions of descriptive power . . . like reading a series of connected haikus.

‘The Return of the Player’ by Michael Tolkin

Sequel to the novel that inspired the Robert Altman movie, but this is much darker and creepier, in tone and theme, than that relatively playful novel. Fundamentally about death, it’s a feaful lament for the end of things,

Because Pinkie is one of the most terrifyingly believable sociopaths ever created . . . and the horror that awaits Rosie after the final pages is indescribable. 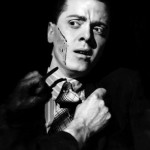 Set in New Zealand, this tale of one man cheating death is one of the best crime novels ever. Beautiful artful prose, a great, twisting noir story, and a seriously spooky atmosphere. You’ll feel all sorts of chills running along your spine.

A tone of strange, spooky reverie permeates this fantasy from the incomparable Calvino. A group of wayfarers meet in the forest and, struck dumb, tell their stories through tarot cards.

It opens with a man roasting an alsation over a burning phonebook, and doesn’t relent from there on in. Most of Ballard’s incredible body of work is disturbing enough, but ‘High-Rise’ was the one of the scariest.

‘The Body Artist’ by Don DeLillo

It’s a sort of ghost story – or is it? Reality, delusion and memory blur into one another in DeLillo’s short novel about the titular body artist dealing with bereavement.

‘Oryx and Crake’ by Margaret Atwood

Any one of a number of dystopian novels could have made the cut but Atwood’s ‘speculative’ novel is so unsettling because everything that happens is a possible, and often probable, consequence of what we’re doing now.

‘The Vanished Man’ by Jeffery Deaver

Deaver might not be a literary artist, but he’s a very skilled craftsman. ‘The Vanished Man’ has a deliriously serpentine plot – and a cameleonic villain who gets right under your skin because he can get right under anyone’s skin.

‘The Shining’ by Stephen King

Ghosts, the supernatural, psychic abilities – this novel has all the elements of a gripping gothic novel. A film based on the book was released in 1980, directed by Stanley Kubrick and starring Jack Nicholson. 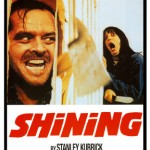 This is a psychological thriller and satirical novel set in Manhattan during the Wall Street boom of the late 1980s. The story is told in the first person narrative by the protagonist, serial killer and business man, Patrick Bateman.

Each of these examples demonstrates how variations in punctuation can alter the meaning of a sentence or sentences.

Woman: without her, man is nothing!

Woman, without her man, is nothing!

‘The teacher,’ said the student, ‘is listening!’

The teacher said, ‘The student is listening.’

I want a man who knows what love is all about. You are generous, kind, thoughtful. People who are not like you admit to being useless and inferior. You have ruined me for other men. I yearn for you. I have no feelings whatsoever when we’re apart. I can be forever happy – will you let me be yours?

I want a man who knows what love is. All about you are generous, kind, thoughtful people, who are not like you. Admit to being useless and inferior. You have ruined me. For other men I yearn! For you I have no feelings whatsoever. When we’re apart I can be forever happy. Will you let me be?

Charles the First walked and talked half an hour after his head was cut off.

Charles the First walked and talked. Half an hour after, his head was cut off.

Am I looking at my dinner or the dog’s?

Am I looking at my dinner or the dogs?

If you’re looking for something to read, you may want to find a novel that you can relate to. Here are a number of novels set (or partially set) in boarding schools. Do they relate to your experience? Which of these have you read?

Come along for a tour of the college and a taste of what life is like in our boarding school.

Write a note about what you look for when you are choosing a book to read. Do you prefer novels, biographies, history books, sports books? Is character important to you or are you drawn to books with plenty of action? Have you ever been disappointed by a book that did not live up to expectations?

Refer to books you have read in the past or whatever you are reading now. Don’t forget to give the name of the author.

Re-read the Responsible Blogging page before you start and don’t forget to re-read your comment before you publish.

The pick for the month of October is ‘Dracula’ by Bram Stoker.

The cover of the Penguin Classics edition reads:

‘Count Dracula’s castle is a hellish world where night is day, pleasure is pain and the blood of the innocent prized above all. Young Jonathan Harker approaches the gloomy gates with no idea what he is about to face. And back in England eerie incidents are unfolding as strange puncture marks appear on a young woman’s neck. But can Harker’s fiancee be saved? And where is the evil Dracula?’

I’m sure you will all enjoy sinking your teeth into the original vampire story!!

Let us know how you are getting along with it.