The following are some of the key points to note in the plot of ‘Hamlet’. 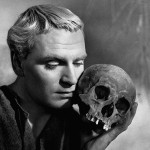